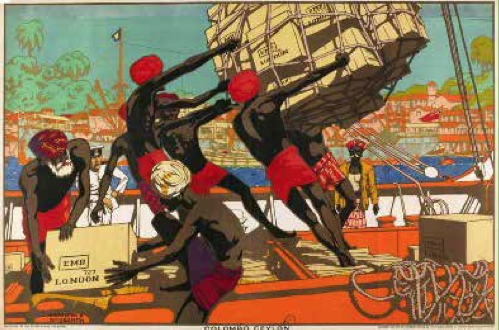 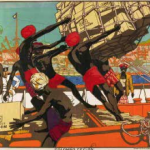 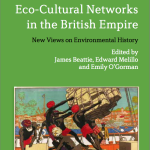 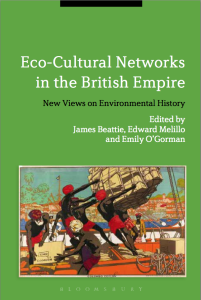 Nineteenth-century British imperial expansion has dramatically shaped today‘s globalised world. Imperialism drove mass migrations of people and altered the trajectories of trade. It also rearranged the world’s flora and fauna, leading to a series of radical environmental and social changes never before experienced in history. Eco-Cultural Networks and the British Empire explores how networks of human and non-human actors shaped environments, cultures and societies throughout the British Empire and beyond, and how local and regional conditions transformed these densely interconnected systems. The chapters in this collection are written by leading scholars in the field, who draw methodologically from recent studies in environmental history, imperial history, world history and the history of science. Together, these perspectives enrich our historical understanding of how the British Empire remade the globe during the nineteenth and twentieth centuries.

“The instant ‘global moment’ has a history. At our present time of global environmental thinking, it is timely to pay attention to the history of how ecological ideas travelled through imperial networks around the world in the past. These eminent historians together present an exciting theoretical framework and a wealth of nuanced stories about how imperialism shaped the natural world, and Nature responded.”
– Libby Robin, Professor of Environmental History, Australian National University and co-editor of The Future of Nature and Ecology and Empire

“The sun never set on the British Empire, nor did environmental change ever cease. This volume shows how local forces and imperial networks joined to alter ecologies, economies, cultures, and societies from the 1840s to the 1940s everywhere from Canada to New Zealand to Ceylon to South Africa. With essays on everything from climate and commodities to birds and urban beasts — and much else besides — this book is a most welcome addition to the field now taking shape at the junction of environmental and imperial history.”
– John R. McNeill, Professor of History, Georgetown University, USA

“This diverse collection of essays from around the globe provides fascinating and stimulating perspectives on the reciprocal webs of empire. In linking diverse regions such as China, New Zealand, Australia and Canada, the authors combine their innovative research with clear writing. Their unravelling of complex transnational and trans-colonial eco-cultural networks deserves close attention from all who are interested in understanding more fully how the kaleidoscopic imperial exchange of commodities and environmental ideas shaped our world.”
– Jane Carruthers, Professor Emeritus of History, University of South Africa