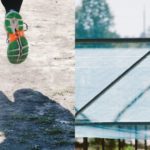 Anna Kaijser works as a postdoctoral researcher with the Department of Thematic Studies: Environmental Change at Linköping University, Sweden, and with the research program The Seed Box: an Environmental Humanities Collaboratory. She has a background in gender studies and social anthropology and a PhD in sustainability science. In her research, Anna explores how power dynamics play out, are reinforced and negotiated in environmental politics and struggles. Engaging intersectional analysis and feminist, postcolonial and queer critique, she looks into how knowledges and subjectivities gain form and position within environmental discourse in contexts ranging from Bolivian government politics to Swedish activist communities.
ABSTRACT:

Green Citizens on the Run: Embodied Climate Activism and Story-Telling in the Mobilization for COP21

In this seminar, I will briefly introduce an on-going research project, which I do together with my colleague Eva Lövbrand, about a recent mobilization for climate justice. Run for your life (hereafter RFYL) was a relay race, organized by the Swedish touring theatre company Riksteatern, where thousands of people took turns running from Kiruna in Arctic Sweden to the COP21 climate negotiation site in Paris, in November 2015. This was an initiative between activism and art, framed as a ‘climate performance’. In parallel to the very physical event of bodies running and sweating, there was a strong virtual component as a real-time video of all the runners was streamed online. When signing up for the relay, participants were asked to submit a personal story about their own motivations to run. Selected stories were recorded and broadcasted online along with the image of runners.

Our study of RFYL draws on interviews with organizers and participants before, during and after the relay race; personal participation in sections of the race; and a close study of the video clips and the archive of climate stories that were generated through the initiative. We suggest that RFYL can be understood as a new form of climate mobilization, enacted at the intersection of art, activism, storytelling and sport, and mediated through social media. While this activity may be unique in its kind, we seek to understand what it tells us about contemporary citizen engagements with climate change.

In this presentation I will particularly focus on what kinds of green political subjects were enacted through this climate performance, and represented in the participants’ personal climate narratives. I want to invite you all to mobilize feminist analysis to think together about what ideals and what aspects of identity are visible or invisible in these stories, and what the implications might be of such inclusion and exclusion.