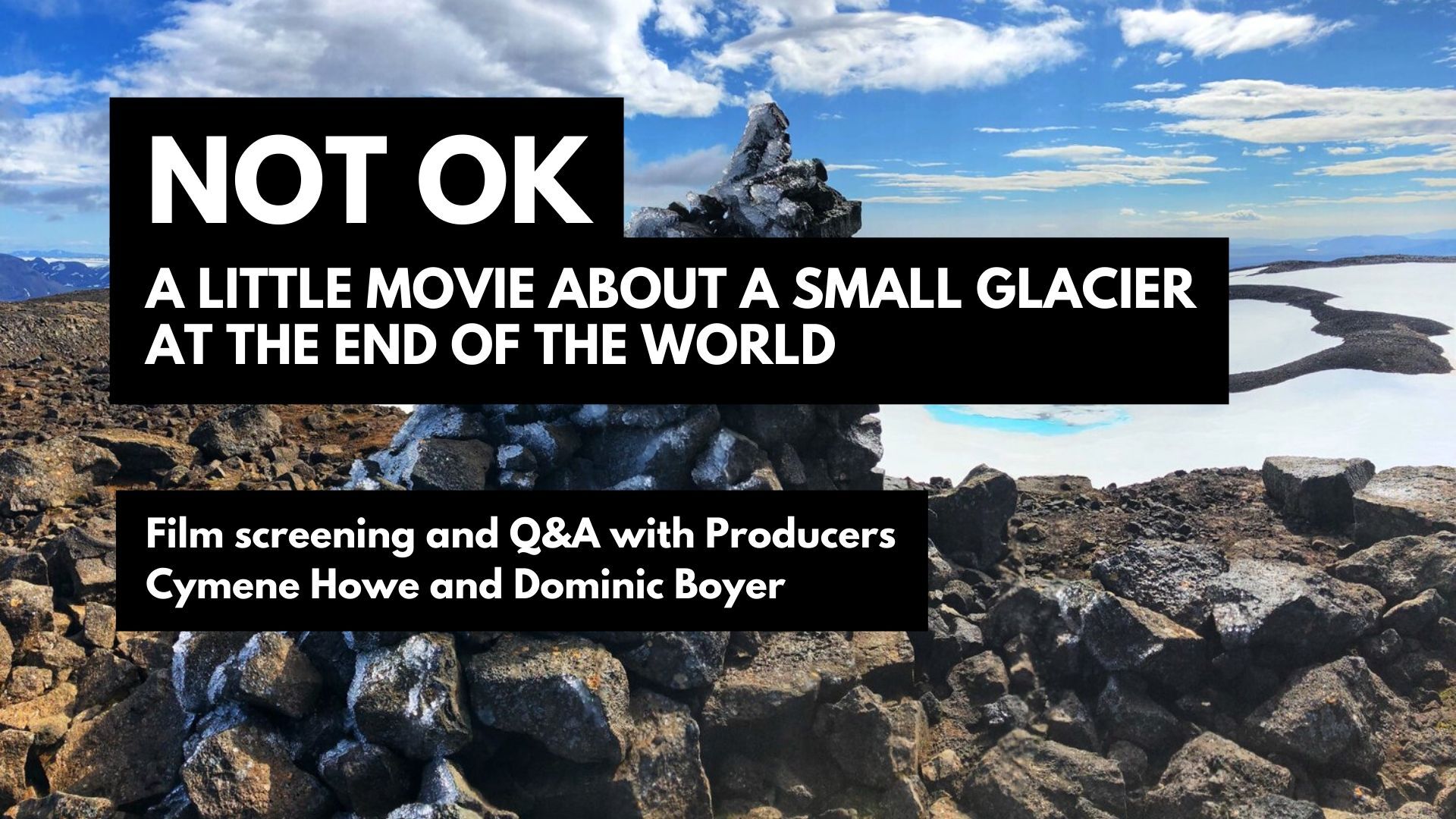 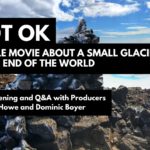 Please join the Alfred Deakin Institute for Citizenship and Globalization at Kino Cinema, 45 Collins Street, Melbourne, from 4:30-6pm on Sunday December 1 for a screening of ‘Not OK: A little Movie about a Small Glacier at the End of the World‘, followed by a Q&A session with the producers Cymene Howe and Dominic Boyer from Rice University.

About the film:
Glaciers have been distinctive features of the Icelandic landscape ever since human settlement on the island 1200 years ago. But since the early 20th century Iceland’s 400+ glaciers have been melting steadily, now losing roughly 11 billion tons of ice every year; scientists predict that all of Iceland’s glaciers will be gone in 200 years. Iceland’s first named glacier to become the victim of climate change is named “Ok.” Not Ok is its story. Watch the trailer and find out more about the film at: https://www.notokmovie.com/

About the speakers:
Cymene Howe is Associate Professor and Director of Graduate Studies in the Department of Anthropology and founding faculty of the Center for Energy and Environmental Research at Rice University. She is the author of Intimate Activism (Duke 2013), Ecologics: Wind and Power in the Anthropocene (Duke 2019) and co-editor of the volume, The Anthropocene Unseen: A Lexicon (Punctum 2019), as well as The Johns Hopkins Guide to Theory. From 2015-2018 she served as co-editor, with James Faubion and Dominic Boyer, of the journal Cultural Anthropology. Her current research centers on cryohuman dynamics in the Arctic region and sea level adaptation strategies in the lower latitudes. With Dominic Boyer, she produced the documentary Not Ok: A Little Movie about a Small Glacier at the End of the World (2018) and in August 2019, installed the world’s first memorial to a fallen glacier. The Okjökull memorial event in Iceland served as a global call to action and in memory of a world rapidly melting away. The weekly Cultures of Energy podcast which she co-hosts with Boyer, is a series of conversations on environmental precarity and responses to it in the human sciences. Have a listen!

Dominic Boyer is Professor of Anthropology at Rice University and Founding Director of the Center for Energy and Environmental Research in the Human Sciences. He recently served in the editorial collective of the journal Cultural Anthropology (2015-2018) and edits the Expertise: Cultures and Technologies of Knowledge book series for Cornell University Press. He is currently pursuing ethnographic research with flood victims in Houston, Texas, and on electric futures across the world. His most recent book is Energopolitics (Duke 2019), which is part of a collaborative duograph, “Wind and Power in the Anthropocene,” with Cymene Howe, studies the politics of wind power development in Southern Mexico. With Howe, he also helped make a documentary film about Iceland’s first major glacier (Okjökull) lost to climate change, Not Ok: A Little Movie about a Small Glacier at the End of the World (2018). In August 2019, together with Icelandic collaborators they installed a memorial to Okjökull’s passing, an event that attracted media attention from around the world. Boyer also produces and co-hosts with Howe the weekly “Cultures of Energy” podcast (available on iTunes, PlayerFM and Stitcher).