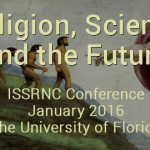 The International Society for the Study of Religion, Nature and Culture is pleased to announce additional details and opportunities regarding its 10th Anniversary Conference with the theme “Religion, Science and the Future.”

For more information on the society see www.religionandnature.com/society

Editor, Journal for the Study of Religion, Nature & Culture | http://www.religionandnature.com/journal