Posted at 09:26h in Call for papers by Admin 0 Comments
0 Likes
Share 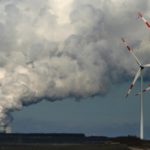 This series of books, published in the German Programme of the Department of Languages and Cultures at the University of Otago (NZ), aims to support German Studies in New Zealand by providing a means of publication, primarily, but not solely, for Australasian scholars of German. The series was conceived, founded, and edited by Prof. Dr. August Obermayer in 1980. Prof E. W. Herd joined as co-editor in 1981 and carried out this function until his death. Dr Cecilia Novero joined Otago German Studies as co-editor in 2015. The series has so far published 27 volumes. The editorial board includes:   Prof. Christian Grawe, Dr Norbert Griesmayer, Prof. Bernhard Greiner, Prof. Tim Mehigan, Prof. David Wellbery, Prof. Hansgerd Delbrück

Vol. 28 will be the first new volume to be fully available online, free of charge (after an embargo of a few months), via the public access platform. The essays included in this volume, which will be peer-reviewed according to academic standards, will be available as individual PDF documents, ready for downloading.

Otago German Studies Vol 28, will be edited by Dr August Obermayer and Dr Cecilia Novero from the German Programme at the University of Otago, and will be devoted to the burgeoning field of the Environmental Humanities in the German-speaking world.

For about 10 years now, the Environmental Humanities have constituted a loose but consistently growing, cross-disciplinary field that has gathered a vast array of scholars, and disciplines, mostly from the Humanities, but always with strong support from the Sciences. Scholars in the Environmental Humanities share an interest in re-thinking the notion and the approaches to the environment, especially by turning to issues such as environmental justice, global environmental contexts, and urban naturecultures (to borrow the term from Donna Haraway), and to the examination of literary and other texts that albeit not overtly environmental raise crucial issues about the location and agency of non-humans in a world that has often been narrated and accounted for in solely human terms. The environmental humanities has, in this regard, grown alongside the posthumanities that, too, crucially questions, among other things, the special position humans have arrogated to themselves in (or outside) nature, hence the divide between nature and human cultures, as well as the goals and tasks of the Humanities within and without the academy. The EH is in sum an interdisciplinary field that addresses contemporary environmental challenges by posing sets of questions that are historically, philosophically and culturally informed.

For this volume (28) we are seeking essays between 5,000 and 8,000 words on topics related to the Environmental Humanities from a variety of perspectives (topical and / or methodological – theoretical). The papers will all have to be somewhat related to German-speaking cultures: whether because of their theoretical grounding in German philosophy (critical theory, for example) or because they offer analyses of German-based case studies (i.e. they consider either urban human-non-human landscapes of the German-speaking countries; textual / historical approaches to German-speaking texts, films, art, or architecture etc.), or both of the above.  Theoretical and historical surveys of the status of the Environmental Humanities in German-speaking communities, e.g. in Europe and/or elsewhere, will also be considered as will creative works originally conceived and/or presented in German-speaking countries and/or by German-speaking artists (photographers, poets, installation artists, etc.). In the latter case, we ask that the work be accompanied by a critical essay, perhaps by a critic.

Essays may consider topics / motifs such as:

We endeavour to have the print-volume published by March 2017, and the online version by August 2017.

For abstract submission and / or any additional query please contact: