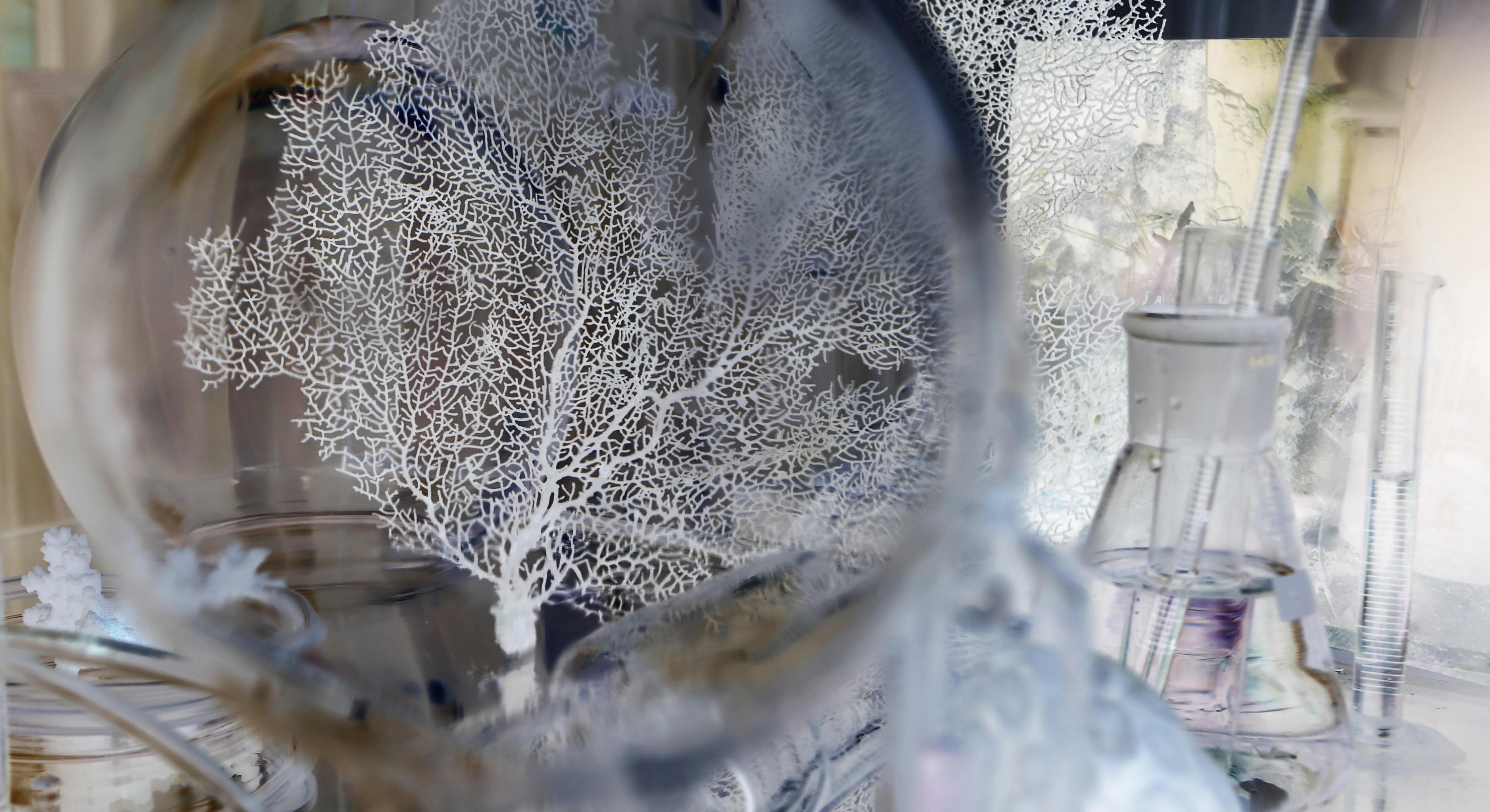 Posted at 16:14h in Uncategorized by Admin 0 Comments
17 Likes
Share

The inaugural, 2018, series includes nine esteemed international and domestic speakers. There is one lecture scheduled each month from February through to October. Further information on each of these speakers and their lecture topics is provided below.

About the Series
From climate change and the sixth mass extinction event, to the pronouncement of a new geological epoch—the ‘Anthropocene,’ the age of humanity—we are increasingly being told that our contemporary period is one of incredible environmental change, and at the same time that human activity is playing an increasingly significant role in shaping the earth and its future possibilities.

In addition to being important scientific and technical challenges, these environmental problems are also profoundly and inescapably social: they are about how we organise our societies and our cities, how we approach questions of ethics and justice, how we find meaning and value in the world. In other words, they concern the deepest dimensions of our human nature, and in so doing perhaps call out for a reconsideration of what it might mean to be human in times like these.

Taking up these important themes, this lecture series will offer a series of talks by leading international scholars in the Environmental Humanities. This emerging, interdisciplinary, field of scholarship draws on the insights of history, literature, philosophy, anthropology, and related disciplines to explore the important roles that the humanities might play in addressing some of the most pressing challenges of our day.

Tickets
Tickets for lectures in this series are available to staff and students at partner universities at the reduced rate of $8. Tickets must be purchased in advance online. Please click on “Enter Promotional Code” to apply the discount.

Details
Basic information on the lectures and speakers is provided below. For further details please see the website.

Join Eureka Prize-winner Tom Griffiths as he discusses the historian’s craft and its central importance in our current period of profound environmental and social change. Focusing on some of the key historians that have influenced his own work, he reveals the situated nature of historical imaginations.

Exploring how Australian understandings of the past have taken shape amidst shifting cultural expectations, political imperatives, and scientific approaches, Griffiths ultimately asks: how have these historical imaginings and practices shaped our environmental possibilities?

Tom Griffiths is the W.K. Hancock Professor of History and Director of the Centre for Environmental History at the Australian National University.

8 March 2018
Deborah Bird Rose: “Gifts of Life in the Shadow of Death”

How does giving and receiving take form in, and give form to, our living world? While most discussions of gift-giving focus on exchanges between humans, Deborah Bird Rose is also captivated by the many forms of connectivity and flow that are integral to ecological processes.

Drawing on her research with Indigenous people, Rose asks: what might it mean to understand gift giving as central to, and moving across and between, many systems of life; and what might it require of us, in this time of extinctions in which countless living forms and their possibilities for giving and receiving with others, are slipping away?

Deborah Bird Rose is an Adjunct Professor in Environmental Humanities at UNSW.

How do different human cultures give shape and meaning to the idea of “climate”? Join Mike Hulme as he explores some of the many fascinating ways climates are historicized, known, changed, lived with, blamed, feared, represented, predicted, governed and, at least putatively, re-designed.

Understanding these complex climate cultures is, Hulme contends, essential to any adequate understanding of the politics of climate change.

Mike Hulme is Professor of Human Geography at the University of Cambridge, UK.

24 May 2018
Oron Catts: “Living Biological Objects on the Pedestal”

Delve into the intriguing possibilities that emerge when art meets biology, as Oron Catts, world-renowned innovator at the intersection of science, nature and art, asks: what is life?

For more than two decades, Catts has been at the forefront of experiments in the manipulation of fragments of living systems for artistic ends. This lecture explores the role that art has played and continues to play in shifting understandings of what life is and does. What are the stakes—social, ethical, ontological— in manipulating living forms for artistic purposes? What are the consequences, both intended and not, of placing artworks/lifeforms into diverse cultural contexts, from the gallery to the museum?

Oron Catts is the Director of SymbioticA, the Centre of Excellence in Biological Arts, School of Human Sciences, The University of Western Australia and a Professor at Large in Contestable Design at The Royal College of Arts, London (2015-2017).

Join Alice Te Punga Somerville as she explores the histories and possibilities of Indigenous gardens in the Pacific region.

Colonial projects have long been bound up, in a variety of ways, with the movement, growth and exploitation of plants. But these projects have also traded rhetorically on particular understandings of people’s relationships with plants, like the vein of colonial storytelling in which Indigenous people frolic aimlessly in nature while Europeans busily tame the landscape. But, despite these stories, the purposeful movement of plants is also central to many Indigenous histories and practices.

Drawing on scholarship and activism connected to cultivation by Indigenous peoples, this talk examines texts by Indigenous writers alongside historical and contemporary media texts about gardens and gardening to explore the diverse ways in which relationships (human and non-human) are mediated and nurtured through acts of gardening.

Alice Te Punga Somerville (Te Atiawa, Taranaki) is an Associate Professor in the Faculty of Māori and Indigenous Studies at the University of Waikato, Aotearoa-New Zealand.

12 July 2018
Catriona Sandilands: “Feminist Botany for the Age of Man”

What does a “planthropocene”, a “vegetal futurity”, or even a queer botany look like? Join Catriona Sandilands on this adventure into the complex and fascinating worlds of plants.

The idea of the “Age of Man,” aka the Anthropocene, is staked on the premise that human beings have come, at least since the Industrial Revolution, to control and influence the planet to such an extent that we collectively register, generally negatively, as a geological force. Sandilands complicates this very singular masculine, species-scale narrative of domination and destruction. Drawing from diverse stories of relationships between women and plants, Sandilands outlines a feminist botany that challenges the idea of the “Age of Man” as an epochal phenomenon, replacing the “Anthropocene” as the centre of attention with a more nuanced, feminist, multispecies understanding.

Catriona (Cate) Sandilands is a Professor of Environmental Studies at York University, Canada.

Join Kim TallBear as she considers the strange intersections between nature, nation, and the lives and deaths of Indigenous peoples in the USA.

TallBear reviews the narratives of nature—especially a sharp division between ‘nature’ and ‘culture’— that have been central to building and maintaining US empire, portraying Natives as the less-evolved children of nature in need of elimination through massacre or assimilation. Narratives of American exceptionalism also drive dominant stories the US tells about itself. These narratives justify commanding “natural resources”— not only Indigenous lands and waters, but also Indigenous biologicals and the bodies of our nonhuman relatives.

These narratives of nature and nation continue to justify nation-building visions across the American political spectrum. In this talk, TallBear highlights how American dreaming in any form, including anti-racist moves of the present, are irredeemably co-constituted with the doctrine of inevitable Indigenous elimination.

Kim TallBear is Associate Professor in the Faculty of Native Studies, University of Alberta, and Canada Research Chair in Indigenous Peoples, Technoscience and Environment.

6 September 2018
Jason W. Moore: “‘We Have Mixed our Labor with the Earth’: Work, Cheap Nature, and the Violence of Real Abstraction”

Join Jason Moore as he explores the history of capitalism and the roots of today’s planetary crisis, arguing that both are grounded in a history of putting natures to work. This, of course, includes human work, itself a “manifestation of a force of nature.”

Moore challenges the dominant concept of capitalism – across the political spectrum – as an economic or social system, abstracted from the web of life. The alternative is a view of capitalism and its web of interdependent processes – imperialism, industrialization, financialization – as world-ecology of power, re/production, and nature. Regarded in this context, Moore illuminates how capitalism has developed historically as a system of “Cheap Nature”.

Jason W. Moore is a geographer and world historian at Binghamton University, where he is Associate Professor of Sociology.

Explore and challenge the colonial myths that have often underpinned efforts to justify dispossession in this fascinating discussion. Reading the diaries of early explorers, both with and against the grain, Pascoe retells Aboriginal history and argues that it is time to take a new look at Australia’s past.

Bruce Pascoe is Bunurong/Tasmanian Yuin man and an award winning author and story teller. His most recent book is Dark Emu: Black Seeds: Agriculture or Accident? (Magabala Books, 2014), which won both the Book of the Year and the Indigenous Writers Prize (joint winner) in the 2016 NSW Premier’s Literary Awards.