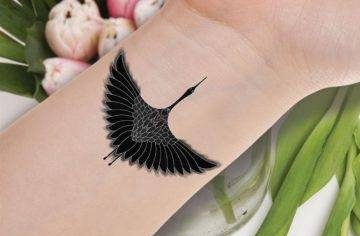 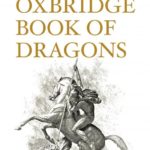 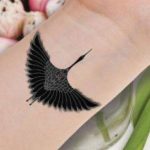 Psychoanalytic Ecology: The Talking Cure for Environmental Illness and Health
Psychoanalytic Ecology applies Freudian concepts, beginning with the uncanny, to environmental issues, such as wetlands and their loss, to alligators and crocodiles as inhabitants of wetlands, and to the urban underside. It also applies other Freudian concepts, such as sublimation, symptom, mourning and melancholia, to environmental issues and concerns. Mourning and melancholia can be experienced in relation to wetlands and to their loss. The city is a symptom of the will to fill or drain wetlands.

This book engages in a talking cure of psychogeopathology (environmental psychopathology; mental land illness; environ-mental illness) manifested also in industries, such as mining and pastoralism, that practice greed and gluttony. Psychoanalytic Ecology promotes gratitude for generosity as a way of nurturing environ-mental health to prevent the manifestation of these psychogeopathological symptoms in the first place. Melanie Klein’s work on anal sadism is applied to mining and Karl Abraham’s work on oral sadism to pastoralism. Finally, Margaret Mahler’s and Jessica Benjamin’s work on psycho-symbiosis is drawn on to nurture bio- and psycho-symbiotic livelihoods in bioregional home habitats of the living earth in the symbiocene, the hoped-for age superseding the Anthropocene.

For more information, including how to order a copy, please go to:
https://www.routledge.com/Psychoanalytic-Ecology-The-Talking-Cure-for-Environmental-Illness-and/Giblett/p/book/9780367181536
—

Environmental Humanities and the Uncanny: Ecoculture, Literature and Religion
Sigmund Freud’s essay ‘The Uncanny’ is celebrating a century since publication. It is arguably his greatest and most fruitful contribution to the study of culture and the environment. Environmental Humanities and the Uncanny brings into the open neglected aspects of the uncanny in this famous essay in its centenary year and in the work of those before and after him, such as Friedrich Schelling, Walter Benjamin, E. T. A. Hoffmann and Bram Stoker.

This book does so by focussing on religion, especially at a time and for a world in which some sectors of the monotheisms are in aggressive, and sometimes violent, contention against those of other monotheisms, and even against other sectors within their own monotheism. The chapter on Schelling’s uncanny argues that monotheisms come out of polytheism and makes the plea for polytheism central to the whole book. It enables rethinking the relationships between mythology and monotheistic and polytheistic religions in a culturally and politically liberatory and progressive way. Succeeding chapters consider the uncanny cyborg, the uncanny and the fictional, and the uncanny and the Commonwealth, concluding with a chapter on Taoism as a polytheistic religion.

Building on the author’s previous work in Environmental Humanities and Theologies (Routledge, 2018) in bringing together theories of religion and the environment, this book will be of great interest to students and scholars of the environmental humanities, ecocultural studies and religion.

For more information, including how to order a copy, please go to:
https://www.routledge.com/Environmental-Humanities-and-the-Uncanny-Ecoculture-Literature-and-Religion/Giblett/p/book/9780367181482
—

The Oxbridge Book of Dragons
“…a gross act of national indecency… an unwarranted and unpatriotic attack on our sacred and secular traditions and institutions… already the English patriots are donning their St George face masks and storming the halls of Whitehall demanding the banning of this book and the trying of its author for treason…”
You think you know the legend of Saint George and the Dragon – you don’t! Here, at last, is the truth!
The legend we know, fabricated by Lord Blackwater as a cover-up campaign to allow him to commit environmental vandalism, is widely believed and takes us deep into the murky corrupt world of politics and journalism. Despite all his efforts, George is struggling to get the real story out there …
The author also provides a comprehensive critique of the portrayal of dragons as evil creatures in many publications and art forms, plus a study of the diverse anatomy and physiology of these ‘orally sadistic monsters’.
…an environmental fairy tale for the disillusioned in the best modern tradition of such oddly decadent fairy tales…

For more information, including how to order a copy, please go to:
https://olympiapublishers.com/books/the-oxbridge-book-of-dragons
—

The legend of Saint George and the Dragon is well known. It’s in books and statues and on coins. But that is not the true story. Black Swan Saga tells the true story. St George is misguided by stories of heroes killing dragons, and rescuing and marrying a princess. In the true story, the Dragon and the Princess rescue St George from a wetland. An evil lord twists this true story into the legend of St George killing the Dragon in a plague-ridden swamp. When the Princess finds out about the untrue legend, she gets the true story told. The Dragon and the Lord eventually do battle. The daughter of the Princess becomes an eco-warrior and the Dragon becomes a superhero. They help save people and cities from drowning with rising sea levels and more severe floods. Black Swan Saga is an allegory for the age of global warming/climate change.

For more information, including how to order a copy, please go to: